What we've got here is a collection of Weird in a Can-related drawings that aren't story pages nor Intermissions.
Just miscellanous odds-and-ends! Click the thumbnails to see 'em full-size!
Halloween 2022: Tim Burton
Liz as Sally from The Nightmare Before Christmas, George as Edward of Edward Scissorhands, and Phil as Betelgeuse from Beetlejuice 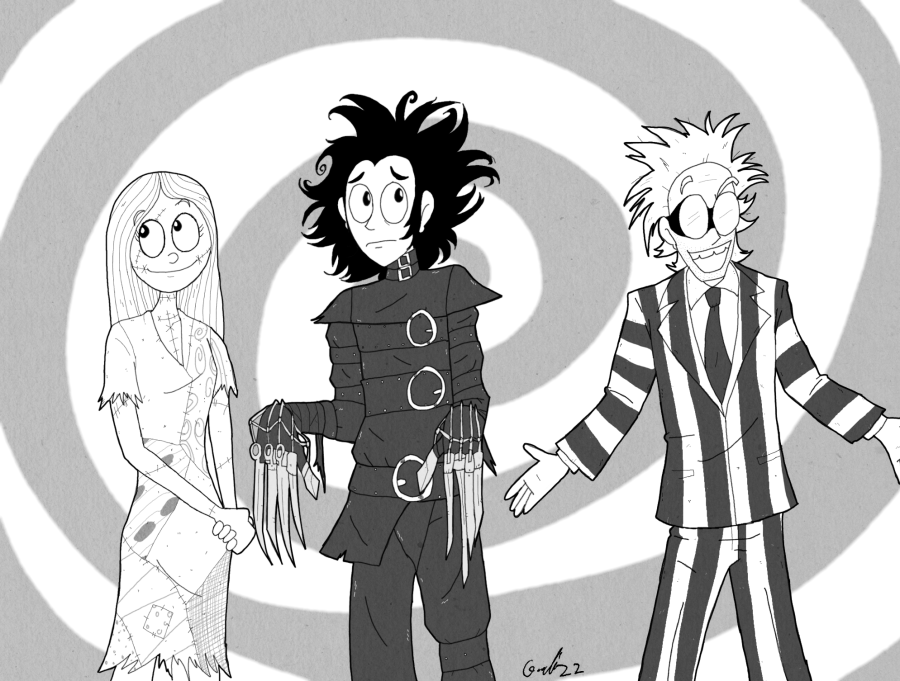 
Halloween 2021: EC Comics Hosts!
Liz as the Old Witch, George as the Crypt-Keeper, and Phil as the Vault-Keeper 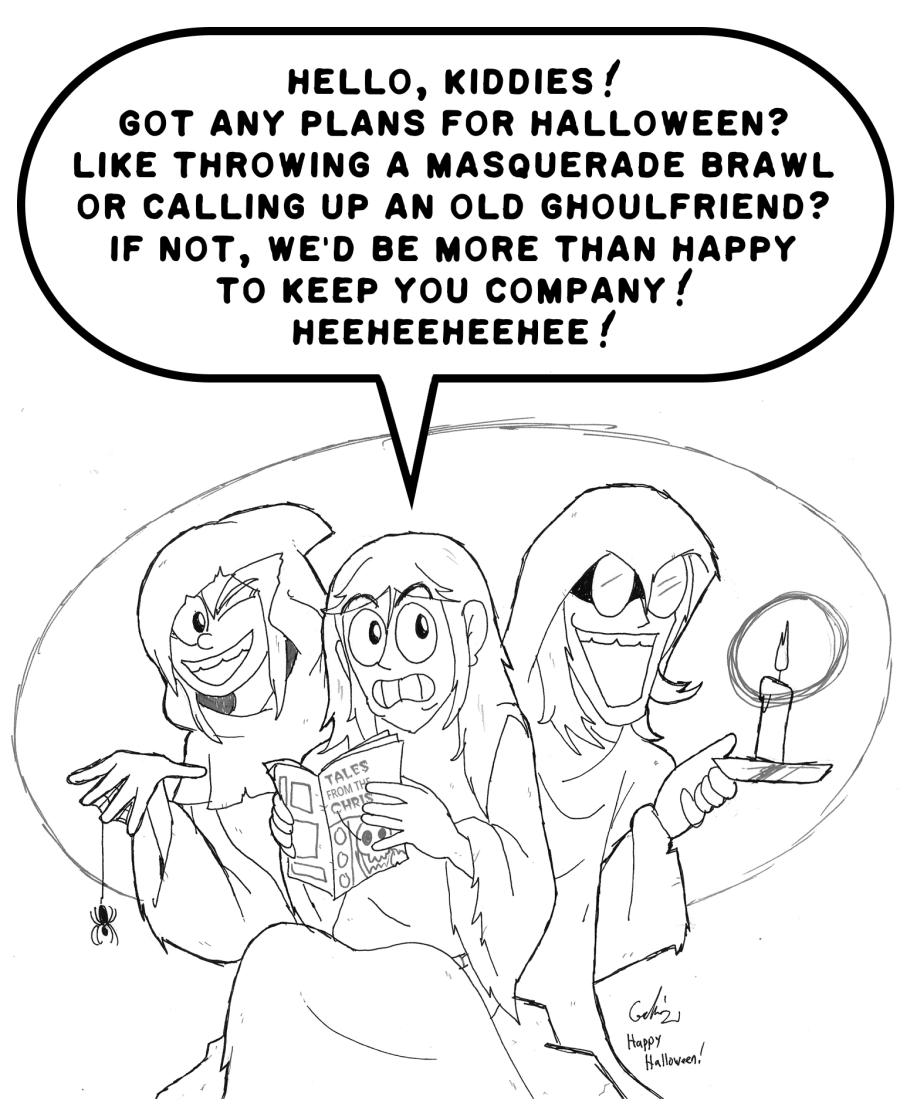 Halloween 2018: Universal Monsters!
Liz as the Bride of Frankenstein, George as the Invisible Man, Phil as the Wolf Man What If...there was a Weird in a Can pinball table?
I imagine the translite/backglass would look like this: The menu screen from this page of "Saturday Knight Fever":